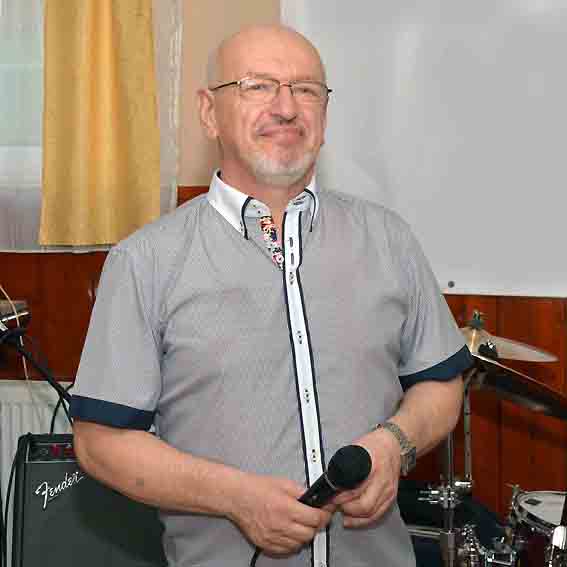 I was born in 1950 in Miskolc, Hungary. I have two brothers: my sister Éva and my brother István. My father died very early, I have only vague memories of him, and our mother raised us alone.

After the elementary school in Palóczy Street I went to Kazincbarcika, where I graduated as an "organic chemist" in 1967. I started working at BVK - now Borsodchem - and later I graduated from high school while working, and then I got a degree as a "chemical technician".

I got in touch with music and guitar playing when I was 13-14 years old. There were many good bands in Miskolc in the mid-60s, such as Styx, Építők, Metall, Szénbányászati Tröszt. I used to go to the weekend parties regularly, trying to learn the chords and solos of the latest hits.


The first band I played in as a solo guitarist was formed at the Chemical School in Barcika, playing instrumental songs - Shadows, Spotnicks - and later on Beatles, Rolling Stones, Illés songs. The school took our playing very seriously. A young teacher, István Magyar, was our main sponsor, and with his help we got instruments, the then top of the line Jolana guitars.

After graduating from school, the LUW band was formed with the support of the Sajószentpéter Culture House, where I played with my brother Slamo, who played bass. We often played in the surrounding villages and towns and had many successful gigs. My musical life ended when I was drafted into the army in 1971, my brother took over as lead guitarist, LUW lived on, they played very good music.

My brother István later became the composer, lyricist and guitarist of "EDDA with boots", and after the band's disbandment in December 1983, he achieved success in the band NO. Brother István retired from playing the lute in 2012 and lives in Germany with his family.

During my 45 years in Borsodchem I worked in various positions, retiring in 2010 as "deputy plant manager". I loved my job, I worked with very good people, whom I still remember with pleasure.

In the years I worked I had hardly any guitar, I lived only for my family and my work.


Already in the 70's I loved model railroading, I bought a lot of stuff over the years. I was consciously planning to make a big field table when I retired, that would be my hobby! Then things turned out differently ! In 2008, a dear musician friend of mine - Tibor Kajdacsy - who used to live in Sopron, Barca, sent me a CD with backing tracks of the most famous songs of The Shadows. He encouraged me to start playing guitar again, to make a Youtube channel!

I didn't need much encouragement. Today I have nearly 130 songs on YouTube, my subscribers are growing and so are the views on the channel, which has now reached 5 million. My most popular song is a Spotnicks track, "Old spinning wheel", which has been viewed by nearly 800,000 people.

I really enjoy the sound and video recording process. Being a complete beginner in this field, I had to learn a lot to get the quality of the recordings to a good acceptable level. I sold my model railroad stuff and used the money to buy instruments and other equipment - amps, effects, sound cards. I am constantly improving my equipment.

In 2012, we sold our apartment in Kazincbarcika and moved to Budapest, as our children and grandchildren lived here. My daughter and her family, with them our youngest granddaughter Noémi, now live in England. My son lives and works in Budapest and we have 3 grandchildren from his first marriage, two boys and a girl.

In 2016, György Horváth, the legendary bass guitarist of the band Atlasz, invited me to play in the band Shadows Magic, so besides playing on Youtube, "playing sculpture", I now also love playing live music.

The aim of this website is to give you an insight into the making of music and video recordings, and to promote guitar music here as well as on my YouTube channel. I can never be grateful enough to András Kovacsics, 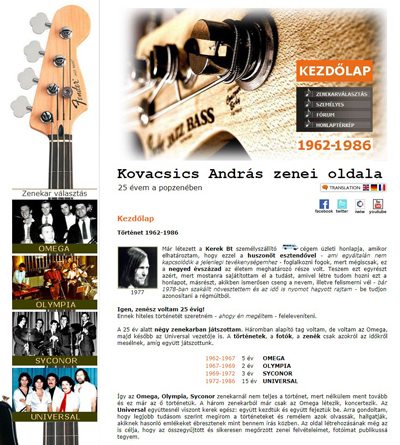 the first lead guitarist of the legendary OMEGA band, who has spared no time in creating this website and providing all the help he needs to run it.