Since 2010, I have been continuously improving my equipment and expanding the range of instruments.
I'm also trying to keep up with the development of amplifiers, effects and sound cards, selling the older ones and trying new ones.

At the moment I have six guitars, three Stratocasters, a Superstrato, an LP and a 12-string Framus box guitar.
I have tried to improve the sound of two of my Fender guitars by changing the pickups.

Back then I started with a 10 Watt Marshall MG10CD combo, then VOX VT20, VOX AV60, both were satisfied ! 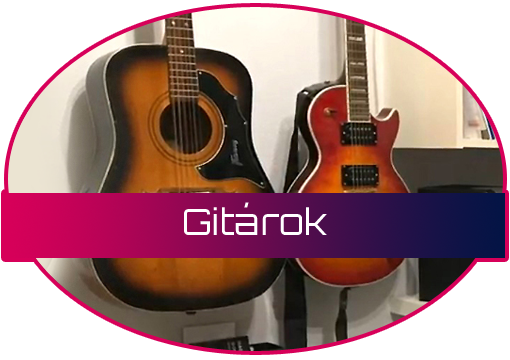 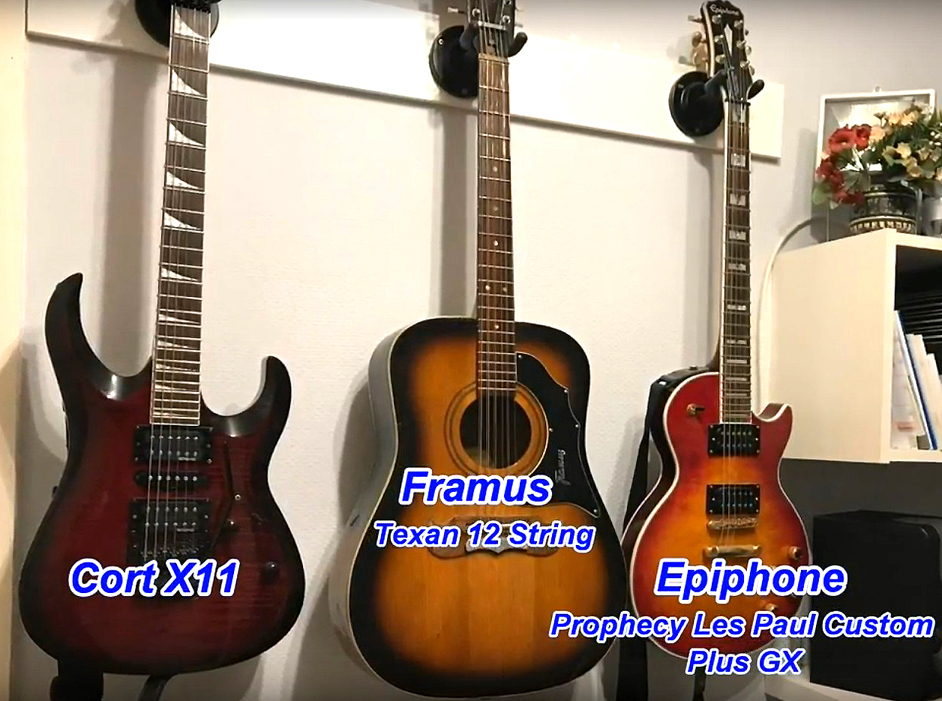 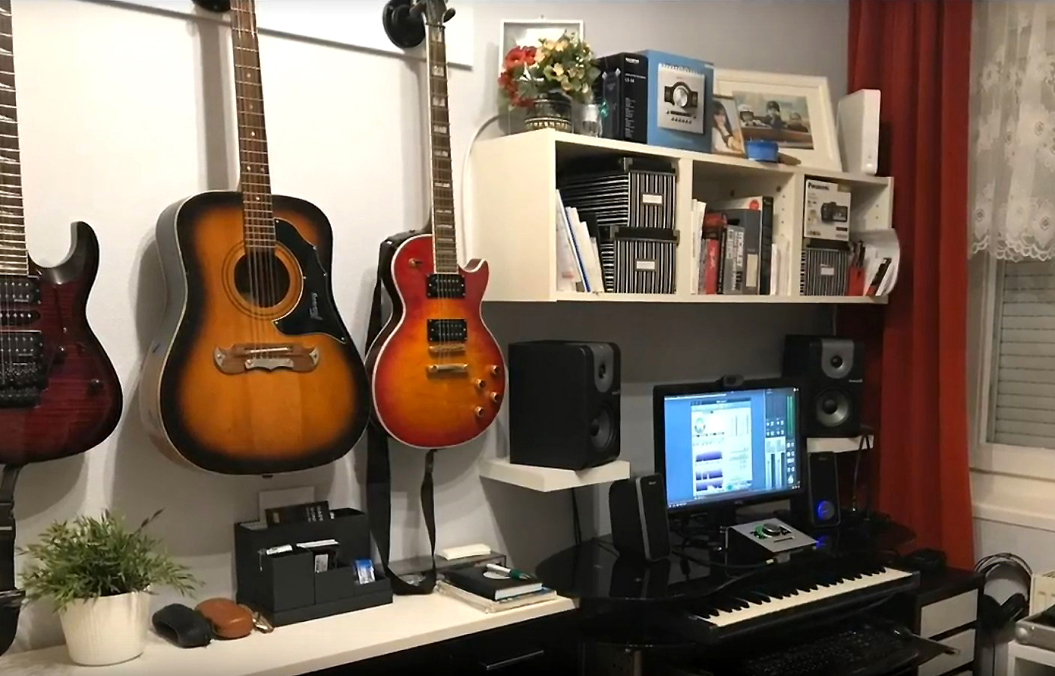 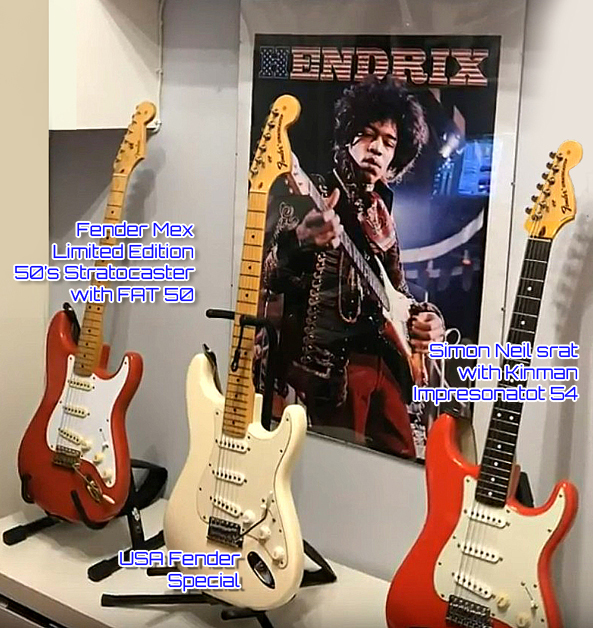 I have had several effects in the past. The first one I used was a Yamaha Magicstomp, a must-have for beginner "sculptors". I then switched to an Alesis GT. Both effects had the Charlie Hall sounds that are essential for imitating the Shadows sounds.

The desktop version of the VOX Tonelab is the next multieffect, a real vintage piece. It's a great tool for making recordings, with a wide range of sounds available.

Since I occasionally try to do music other than Shadows, I needed a multi that could be used to create a "real" guitar sound. I got a good price a Line 6 POD HD500X at a good price, which I loved, but couldn't really use because of its size. After that, I went with Line6 POD X3, which has a lot of great sounds.

After selling my previous effects, two years ago I got the custom-made Hall And Collins Signature Echo (HCSE), which is part of my pedalboard, I use it for live and studio work.

My newest multitool is a Line 6 HX Stomp. Its small size makes it perfectly suited to the pedal board, and I'm just getting to know how to use it. 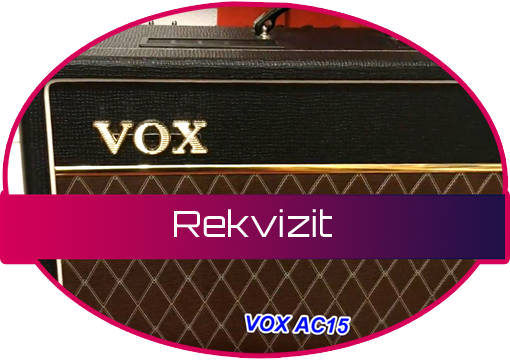 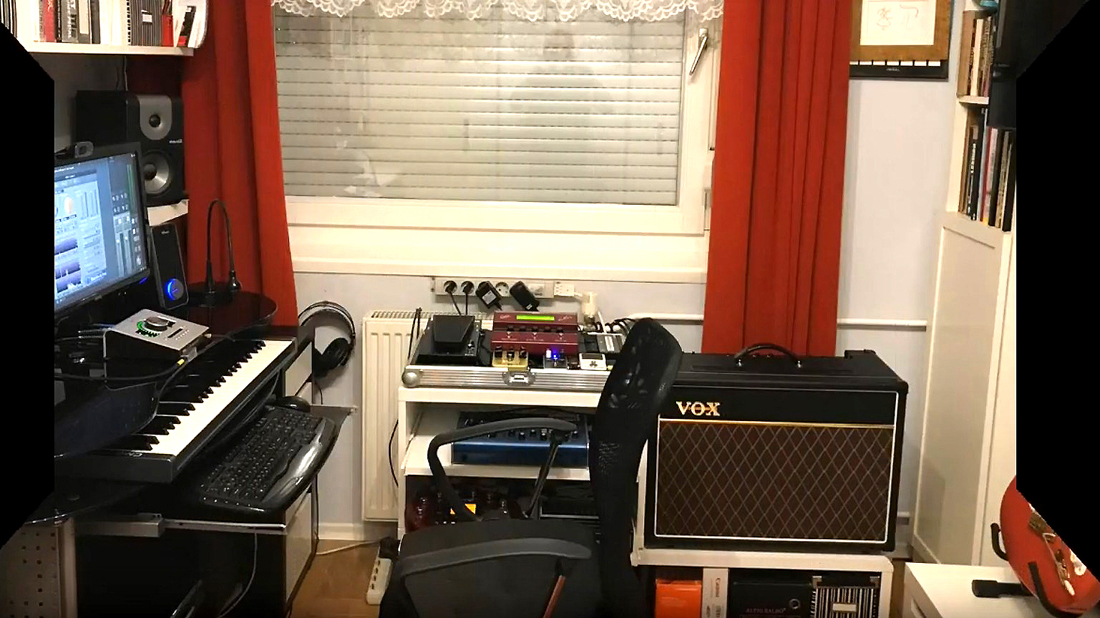 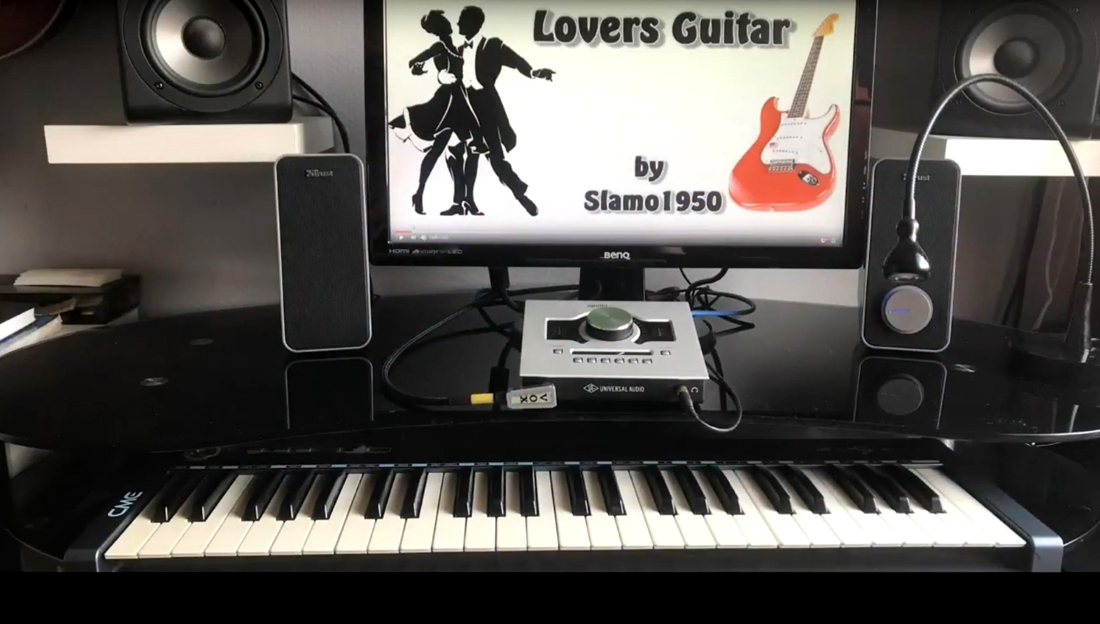 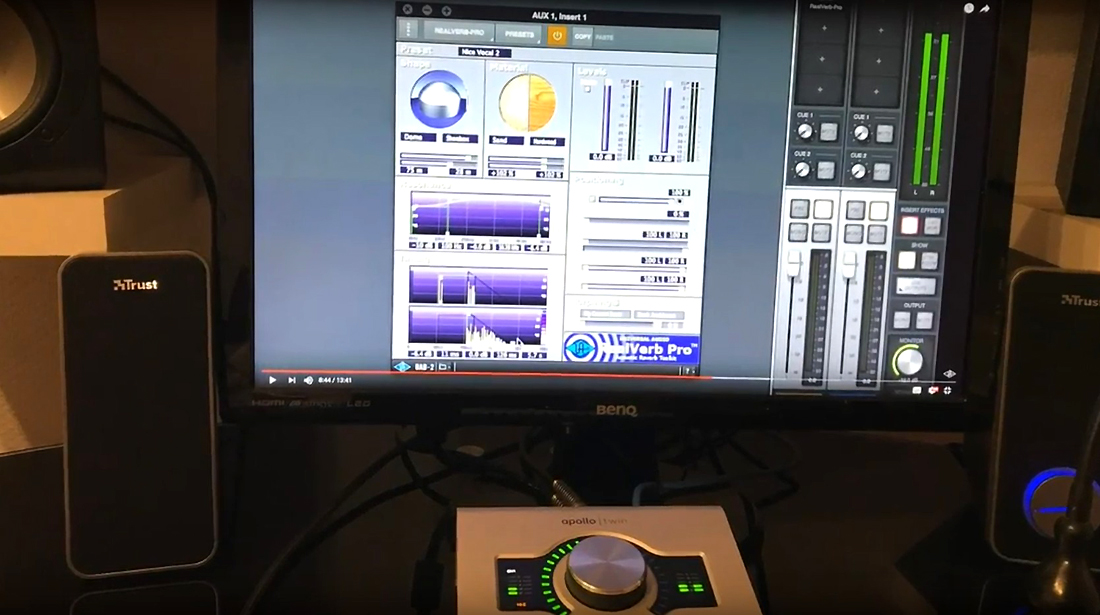 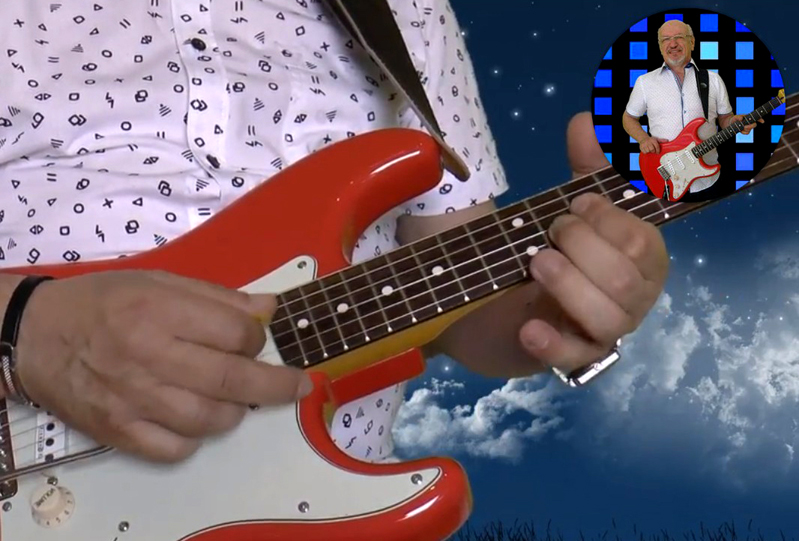 My current pedalboard, which I use both in the studio and live, consists of a Polytune TC electonic tuner, Line 6 HX Stomp, HCSE, and a Morley M2 Wah-Volume pedal.

The sound card is a very important part of my studio. It's becoming increasingly true that the price of equipment is directly proportional to its quality, meaning that more expensive equipment sounds better and better. But this also applies to everything else, guitars and amps. I'm currently "skinning" my fifth sound card, but I'm not likely to buy a better one than the one I have now. I'm the happy owner of an Apollo Twin USB card, which will most likely satisfy all my needs. It's easy to use and has a fantastic, clear sound. It requires a USB3 connection to work. So for me, this is the top of the range, the most valuable piece of equipment in my home studio!

I use Cubase Elements to record my music. It's a very powerful program, but I only use a fraction of that knowledge.
For video production I use Cyberlink PowerDirector and Photodex ProShow Producer. 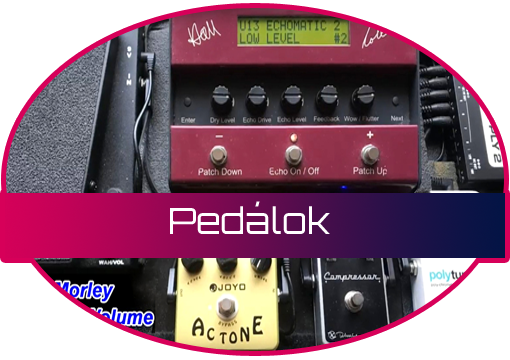 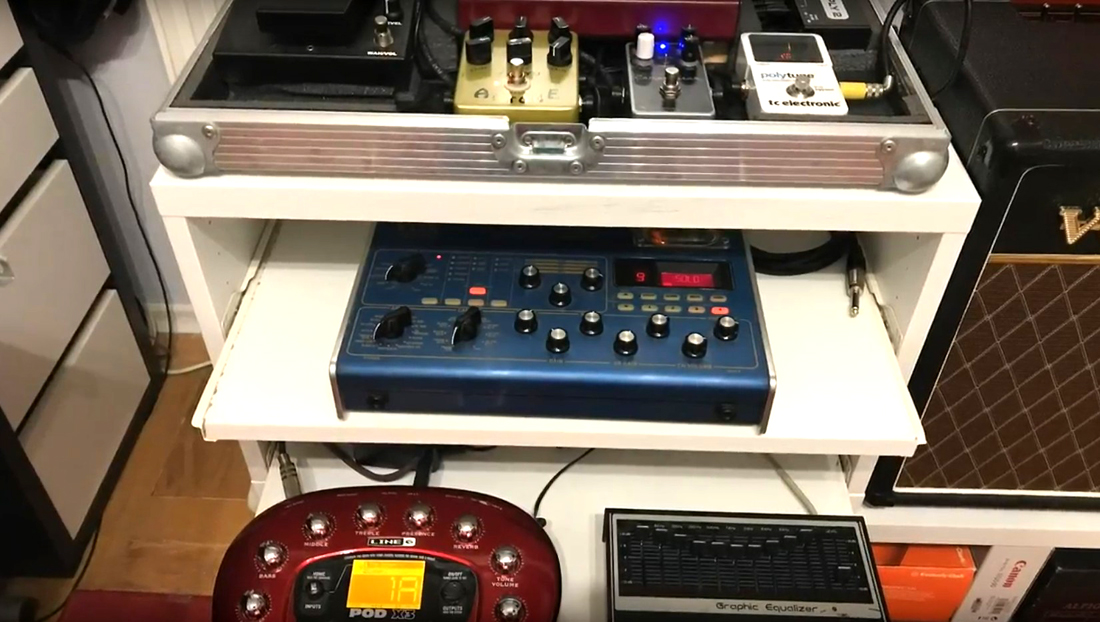 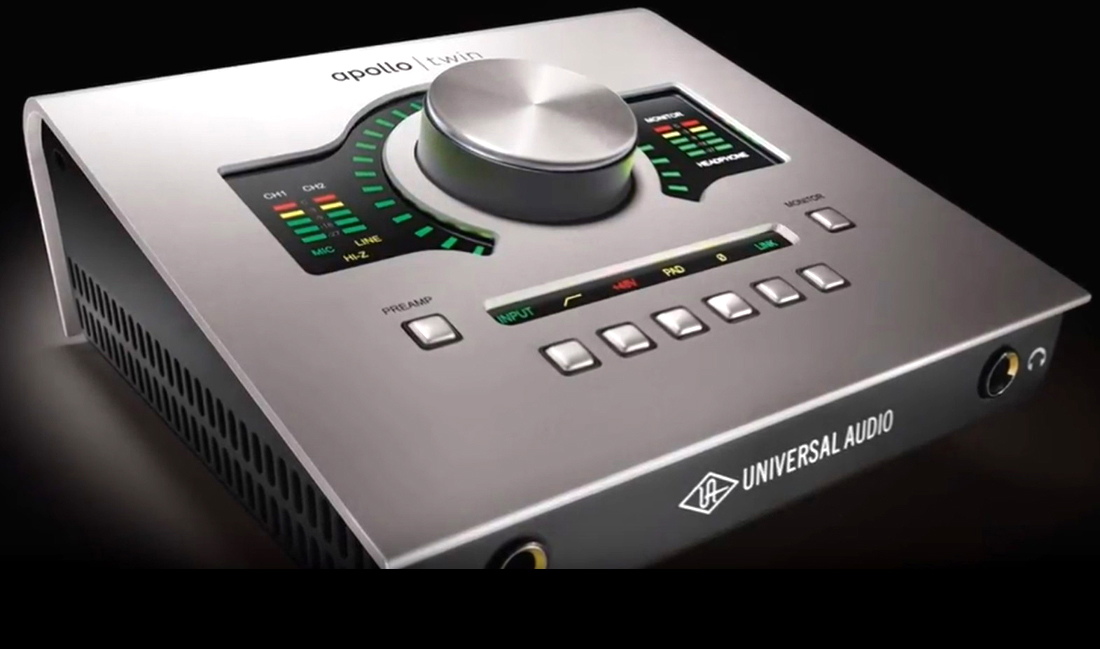 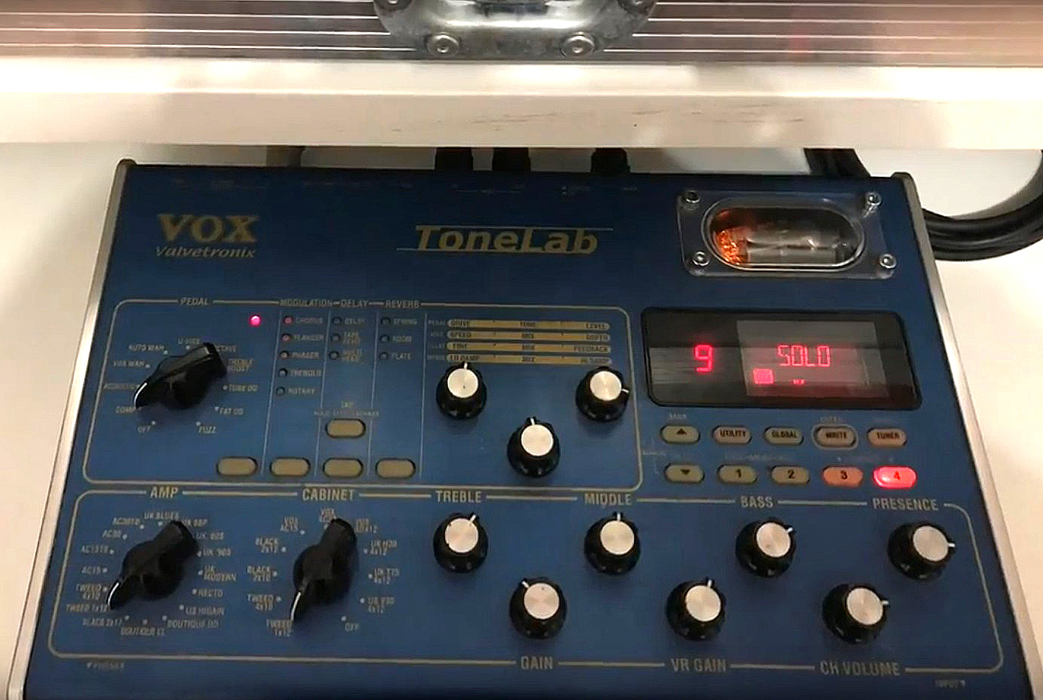 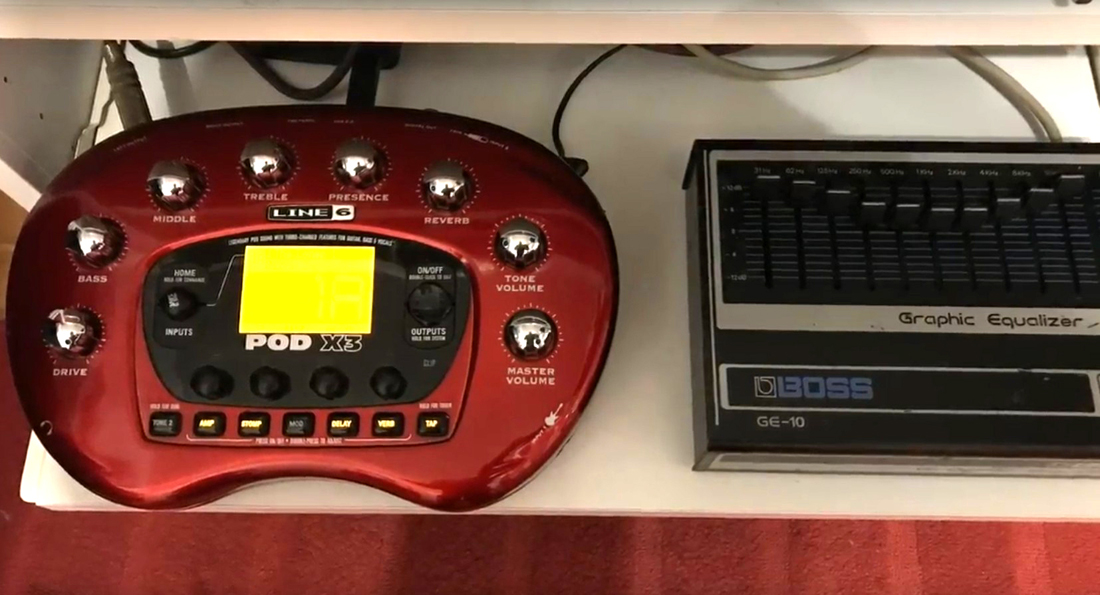